To be the University of Toronto‘s next architectural landmark, a new trapezoidal pyramid-shaped institutional building is soon to rise along the north side of College Street just east of Queen’s Park Crescent. The Schwartz Reisman Innovation Centre is to boast a standout design by New York-based Weiss/Manfredi Architects alongside Toronto-based Teeple Architects, with paired 12 and 20-storey towers that taper away as they rise. 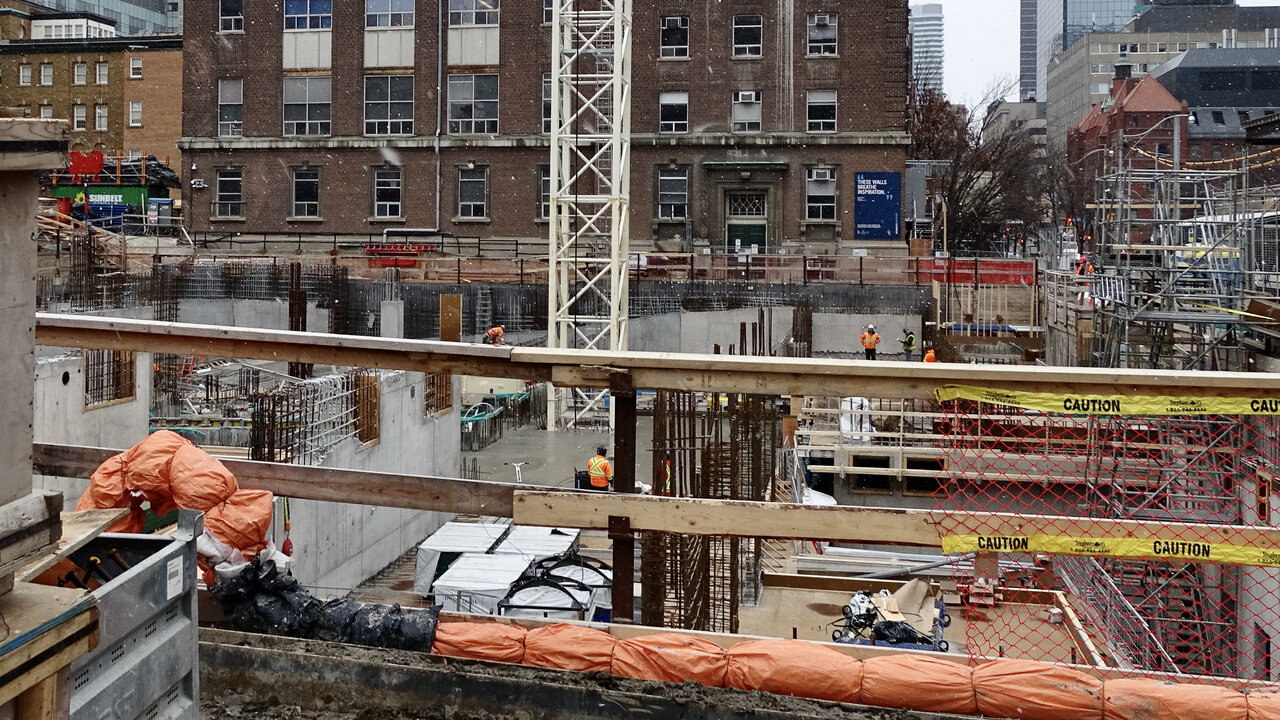 The first signs of activity were spotted at the site of the 12-storey first phase west tower in late 2019, when interior demolition primed the 1954-built Best building—part of the U of T’s Banting and Best complex—for its removal. The building was cleared away at the start of 2020, paving the way for the first step in construction. Work was well underway on the site’s shoring system by the time we last checked in on progress in May, 2020, when shoring rigs were drilling away. 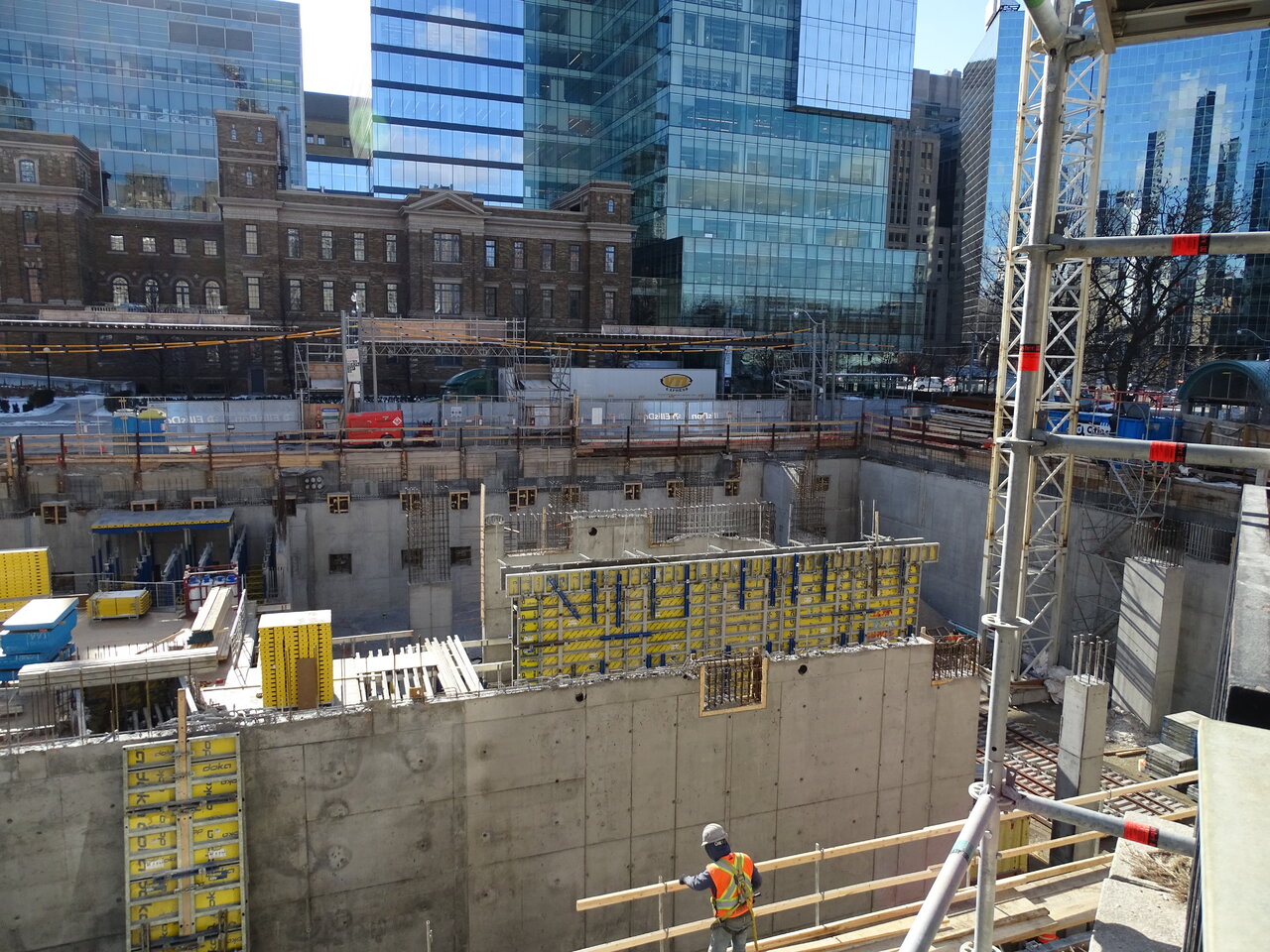 Nine months later, much progress has been made: shoring gave way to excavation of one and a half levels. With the pit bottomed out, a tower crane installed at the start of November and forming of the underground section has been ongoing ever since. Concrete and rebar now sit just below street-level, and the long-awaited above-grade ascent is now just around the corner. 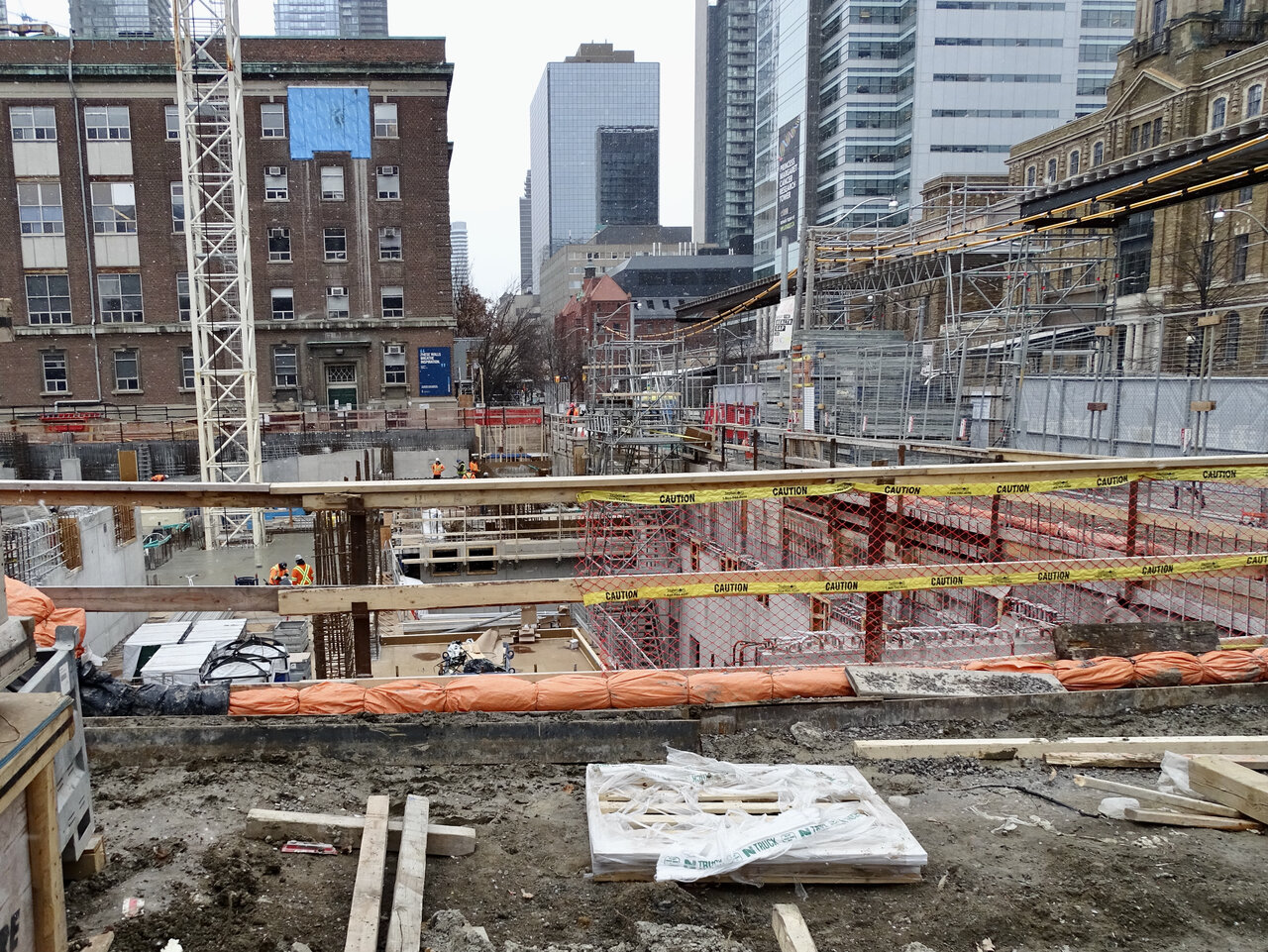 The 12-storey, first phase will bring 250,000 ft² of institutional space to the site, including space for the Schwartz Reisman Institute for Technology and Society as well as the Vector Institute for Artificial Intelligence, specializing in deep learning and machine learning research. As construction continues for the west building, the adjacent 1930-built Banting building remains active to the east, planned for eventual demolition to make space for the second phase. 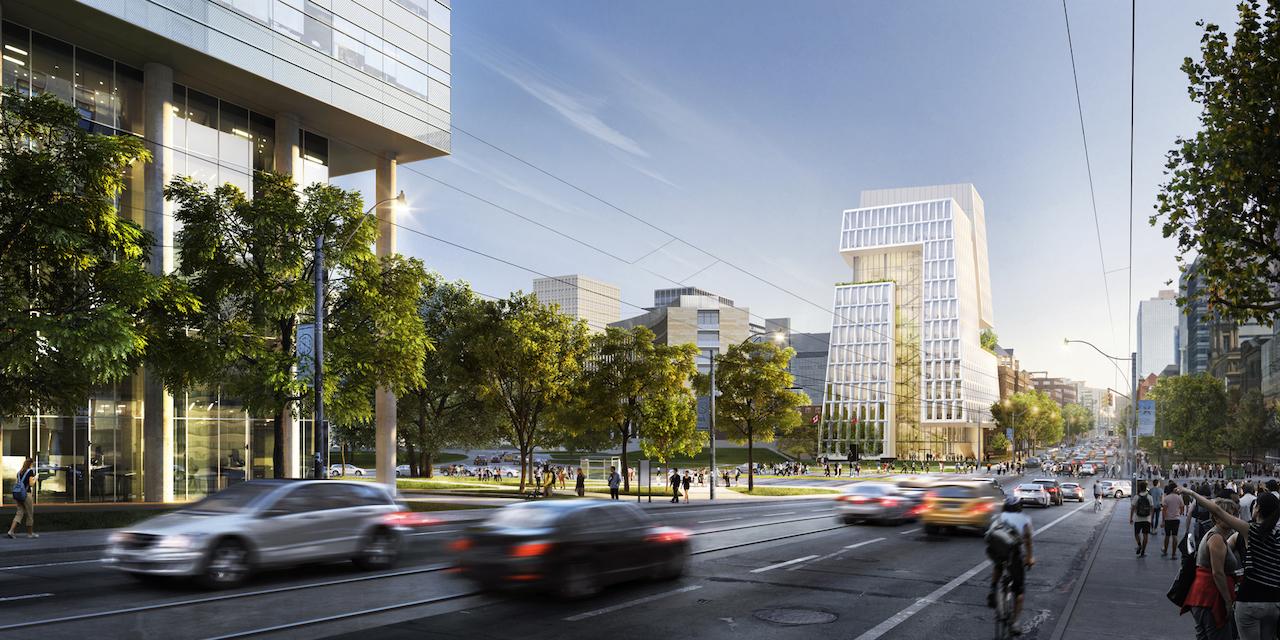 Looking east to phase 1 of Schwartz Reisman Innovation Centre, image via submission to City of Toronto

Phase two will be a 20-storey, 500,000 ft² tower housing laboratories and research space for innovators in regenerative medicine, genetics and precision medicine. Together, the two distinctive buildings will add up for a total of 750,000 ft² of institutional space. 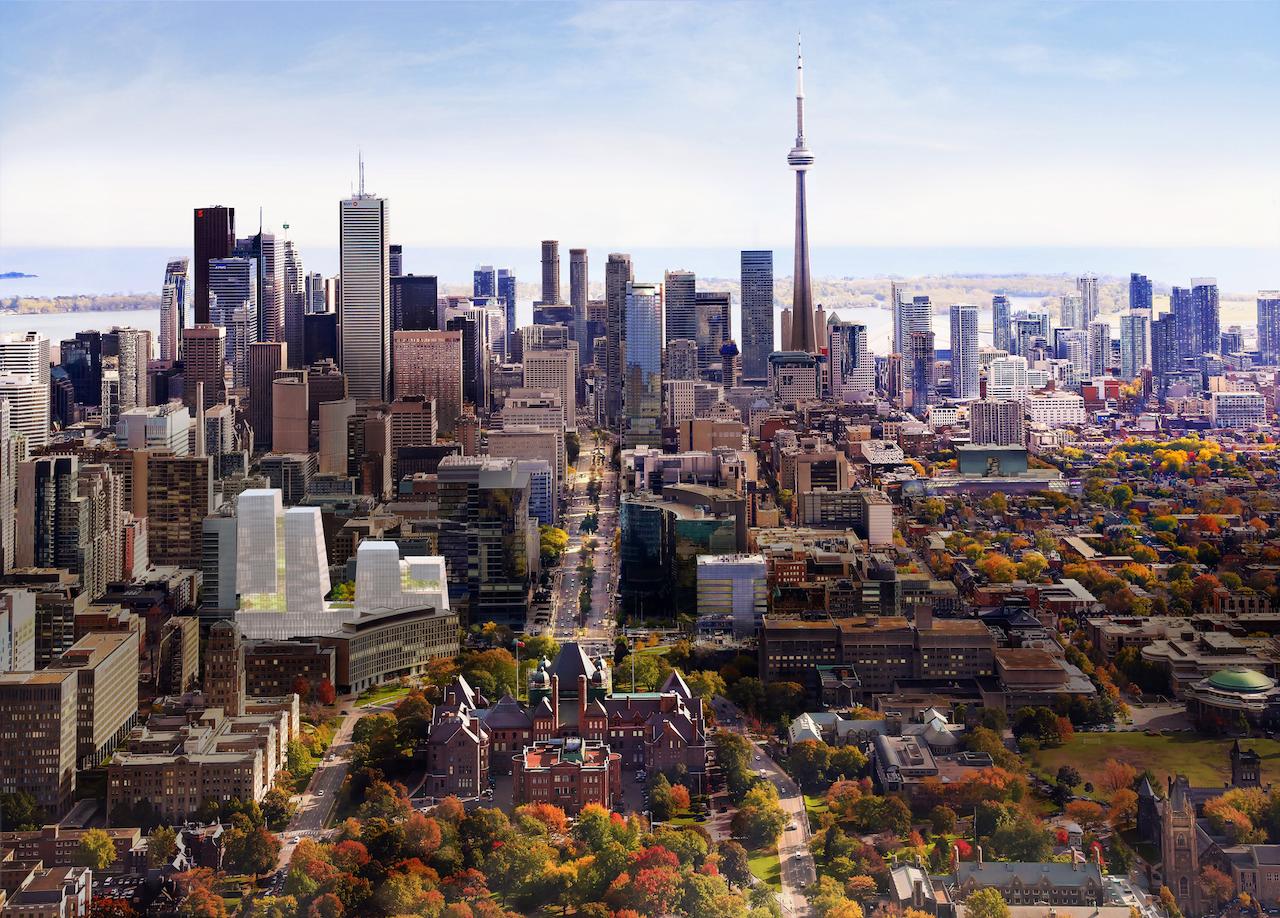