It’s been about a year and a half since construction began on a mixed-use complex on the former site of Newtonbrook Plaza, just north of Toronto’s North York City Centre area. Aoyuan International‘s M2M Condos development has been active since Fall, 2019 and during the almost 18 months of construction, great strides have been made for the first phase in the five-tower Wallman Architects-designed complex. Today, we’ll look back at some of the project milestones encountered during this span.

After demolition of the shopping plaza and an adjacent office building in mid-2019, drilling rigs began work on the shoring system, a task that continued into late 2019, while excavation began on sections with completed shoring by October of that year. 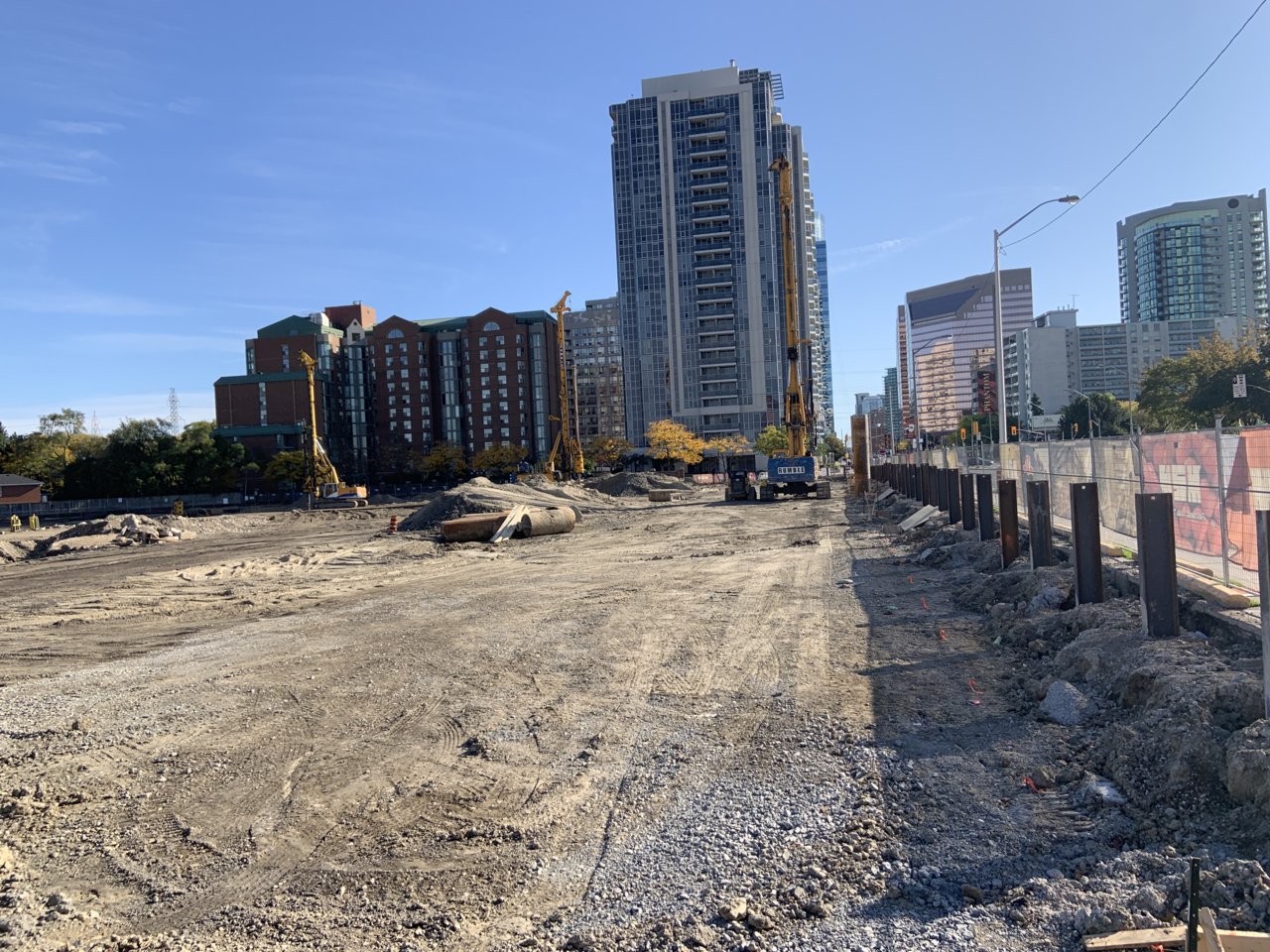 Shoring at the site of M2M Condos, October, 2019 image by Edward Skira

Excavation continued into early 2020, with the pit bottoming out at its final 13.3 metres below Yonge Street in April of last year, creating space for foundations and parking levels. The first crane appeared at the base of the excavated pit early last summer, marking the start of forming for the four underground levels. 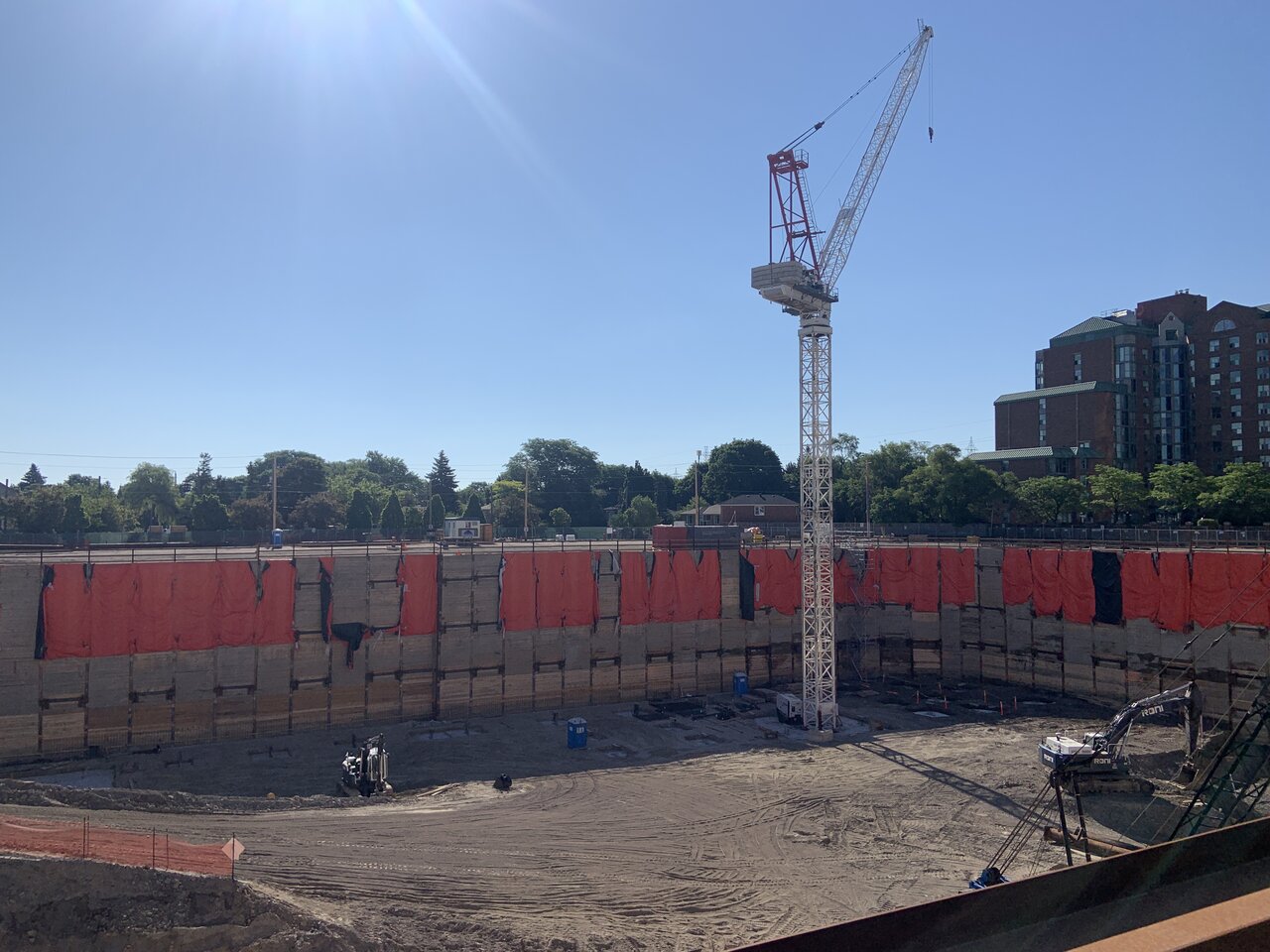 Over the months that followed, tower cranes were installed at approximately one-month intervals, with all four cranes active by October, 2020. 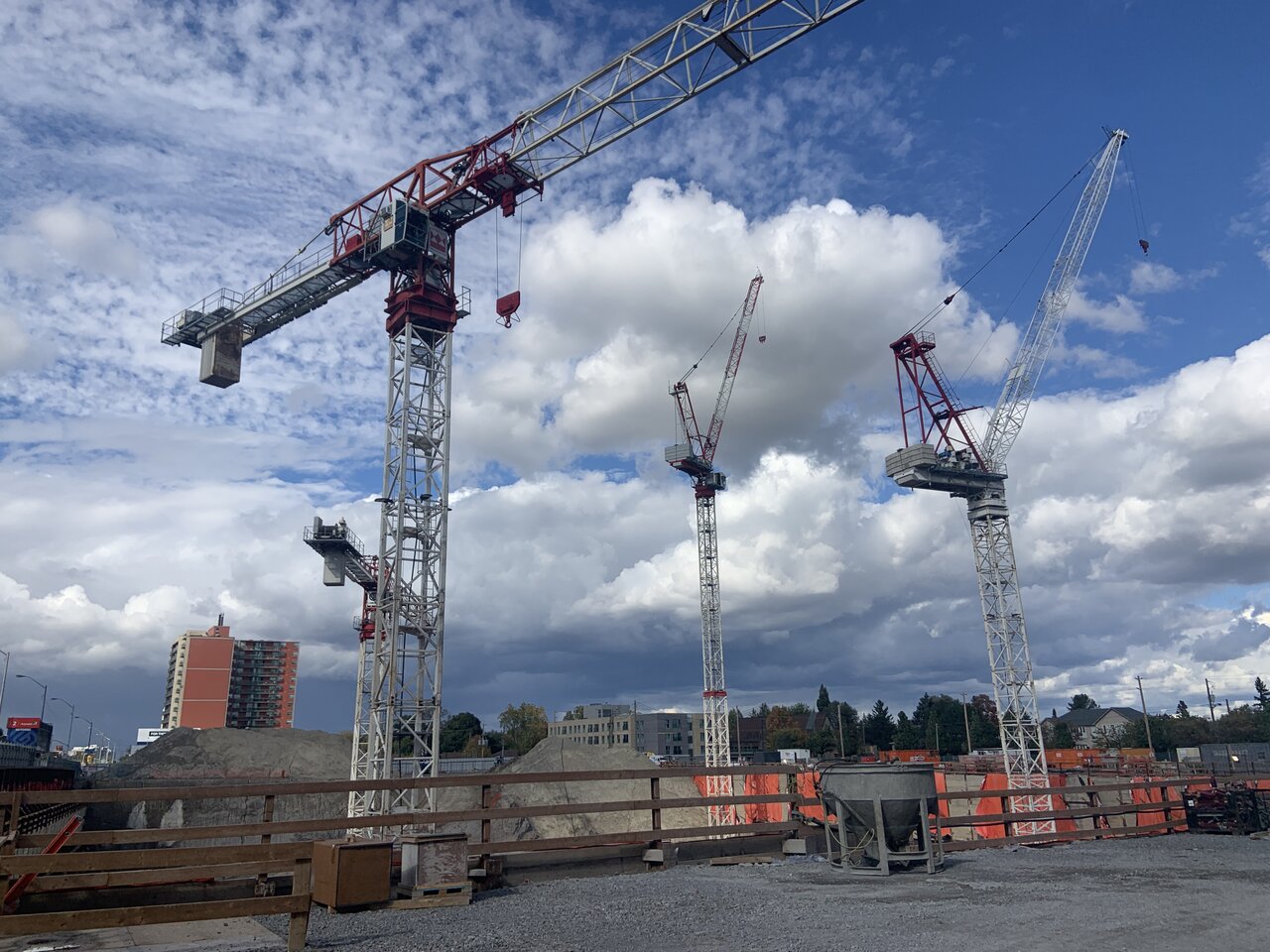 Forming of the four-level garage advanced steadily through the winter months, with it now largely complete. The most recent construction milestone came in March when the first sections of the ground floor began to take shape at the southeast corner of the site.

As of the end of March, forming continues for the initial section of the ground floor, as slab forms, rebar, and conduits etch out the remaining ground-floor footprint to the north.

The initial phase will bring 34 and 36-storey condominium towers with a total of 810 units atop a commercial/retail podium. Three additional buildings will eventually populate the remainder of block to the north. 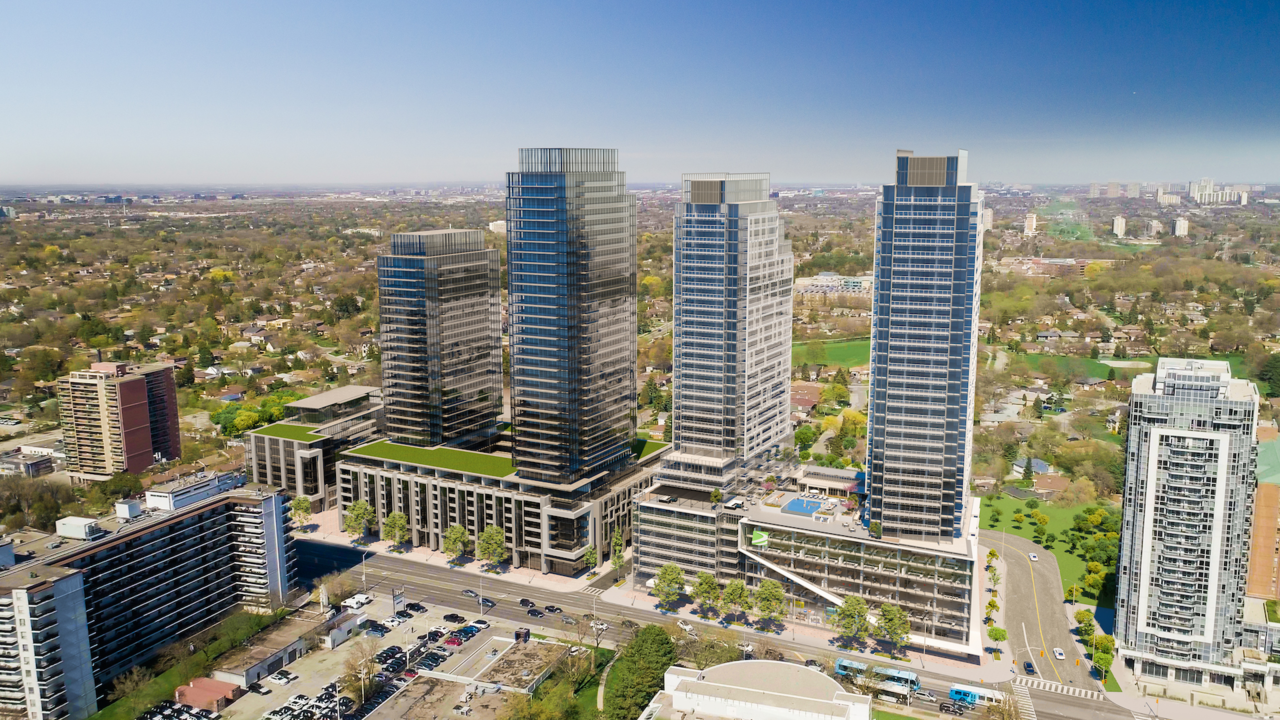