A future landmark office tower is now beginning its rise beside the intersection of Front and Simcoe streets, soon to extend Toronto’s Financial District westwards with significant new space for its anchor tenant, banking giant TD. Cadillac Fairview‘s 160 Front Street West is to stand out from its surroundings with a 46-storey tower featuring a design by AS+GG Architecture of Chicago working with Toronto-based B+H Architects that features a textured exterior wrapping around a curved massing. 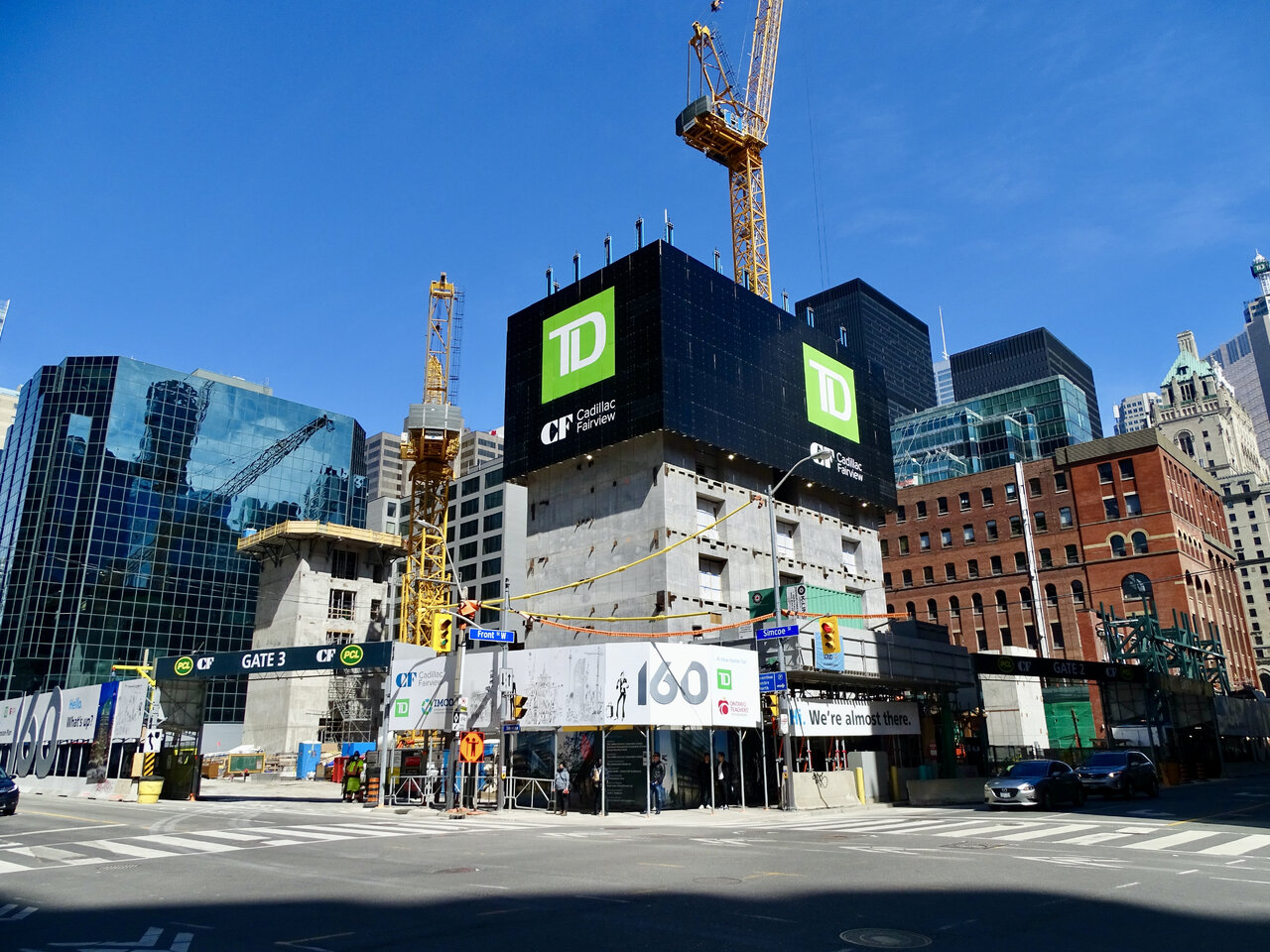 Under construction since mid-2019, the project advanced quickly through its early stages before construction was halted to comply with the December 26, 2020-issued province-wide shutdown, shortly after our most recent update on the project. The recent restart of construction activity has resulted in noticeable progress since then, including the climb of the main tower core, and a secondary elevator core that will serve just the podium levels. The main core now rises approximately nine levels, while the smaller podium core stands six levels high. 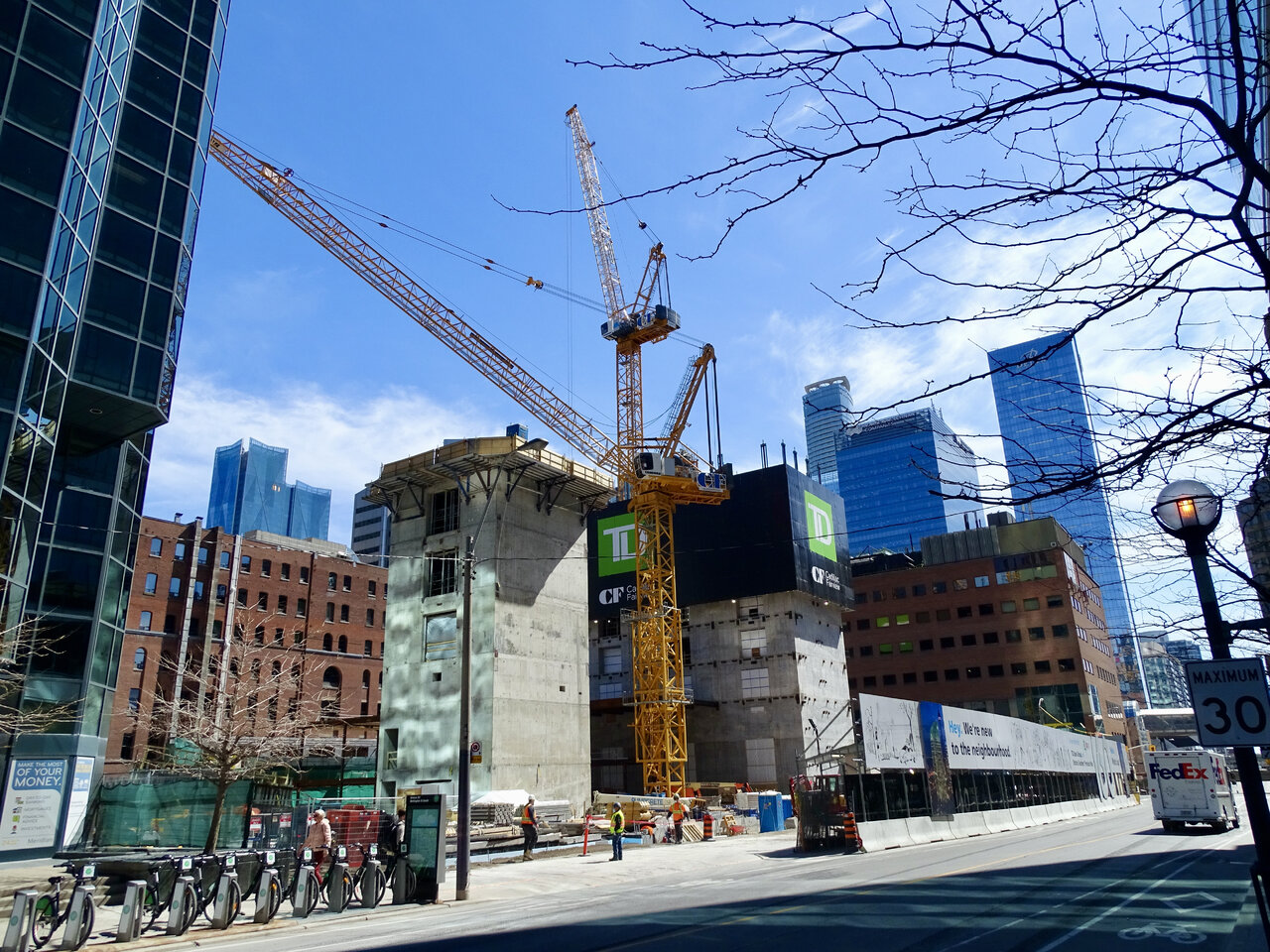 Climbing formwork is being used to efficiently create the main tower core which has shafts for 28 elevators divided into banks serving low-, mid-, and high-rise sections of the tower. Its footprint will taper off as fewer banks are required to service the higher floors.

Meanwhile, with the core quickly climbing skyward, the assembly of structural steel by fabricators and constructors Walters Group has begun to shape the tower footprint surrounding the base of the core. They will be installing 9500 tons of structural steel and 1.07 million ft² of metal decking that will form the tower’s distinctive shape. 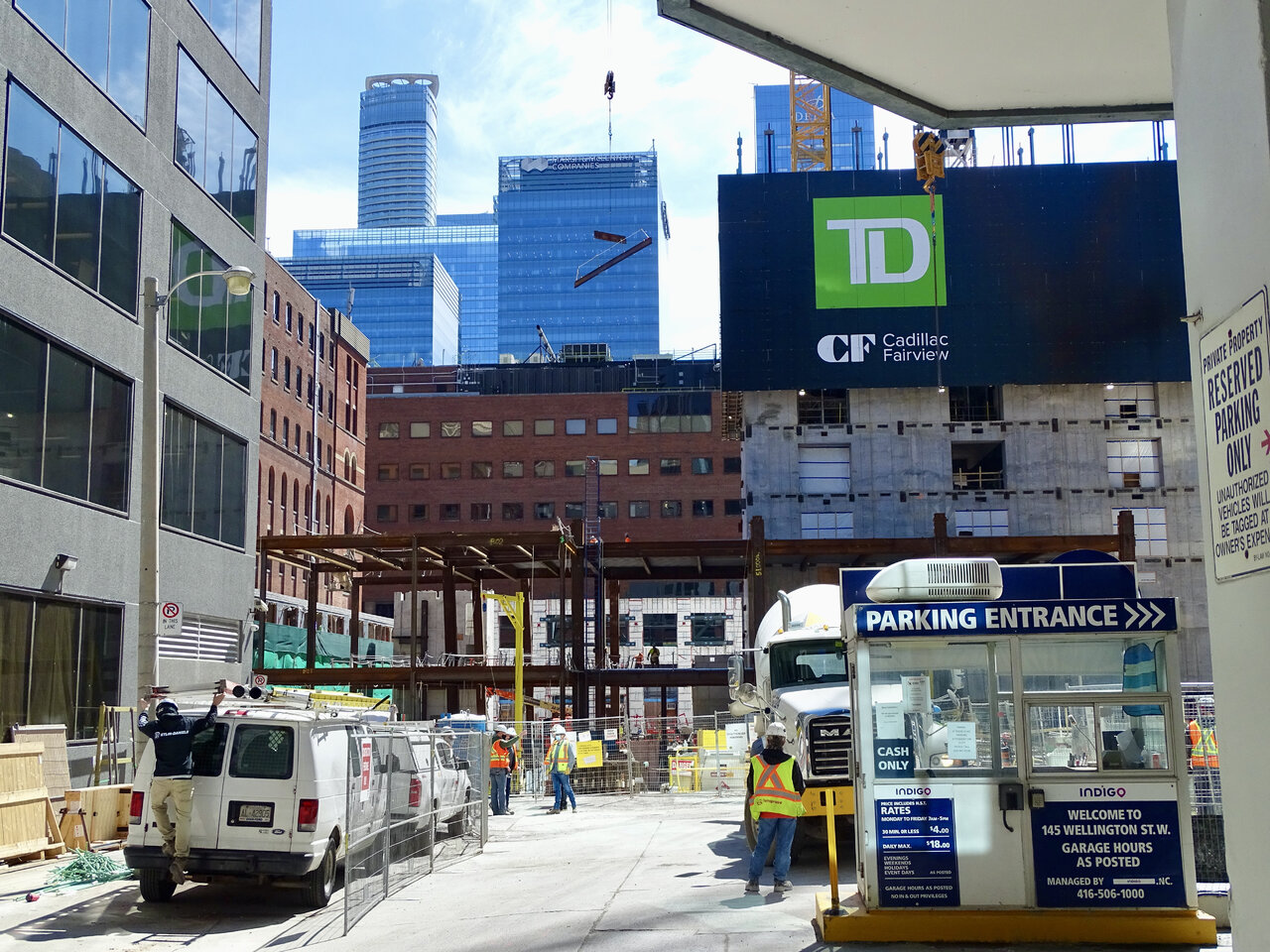 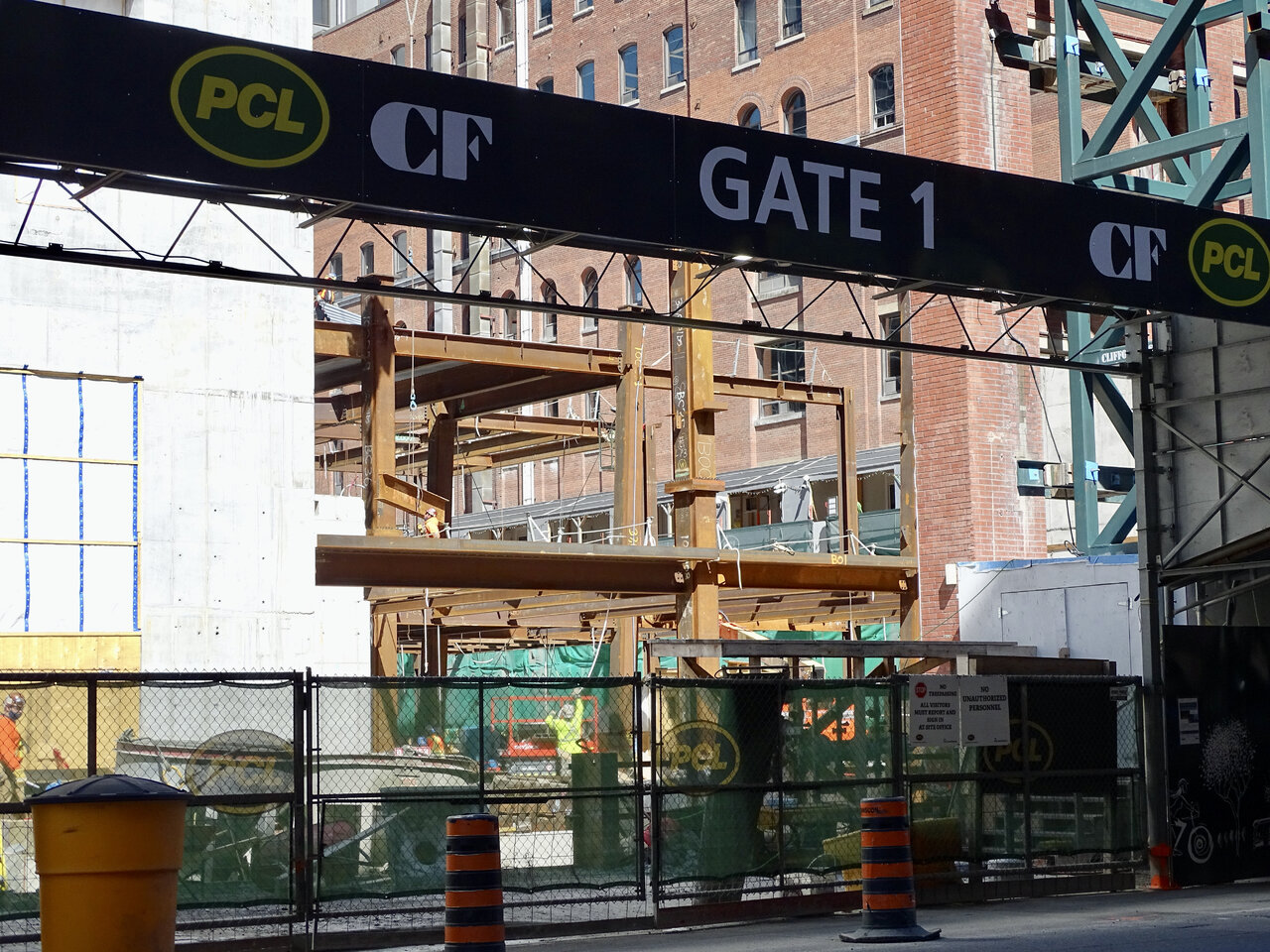 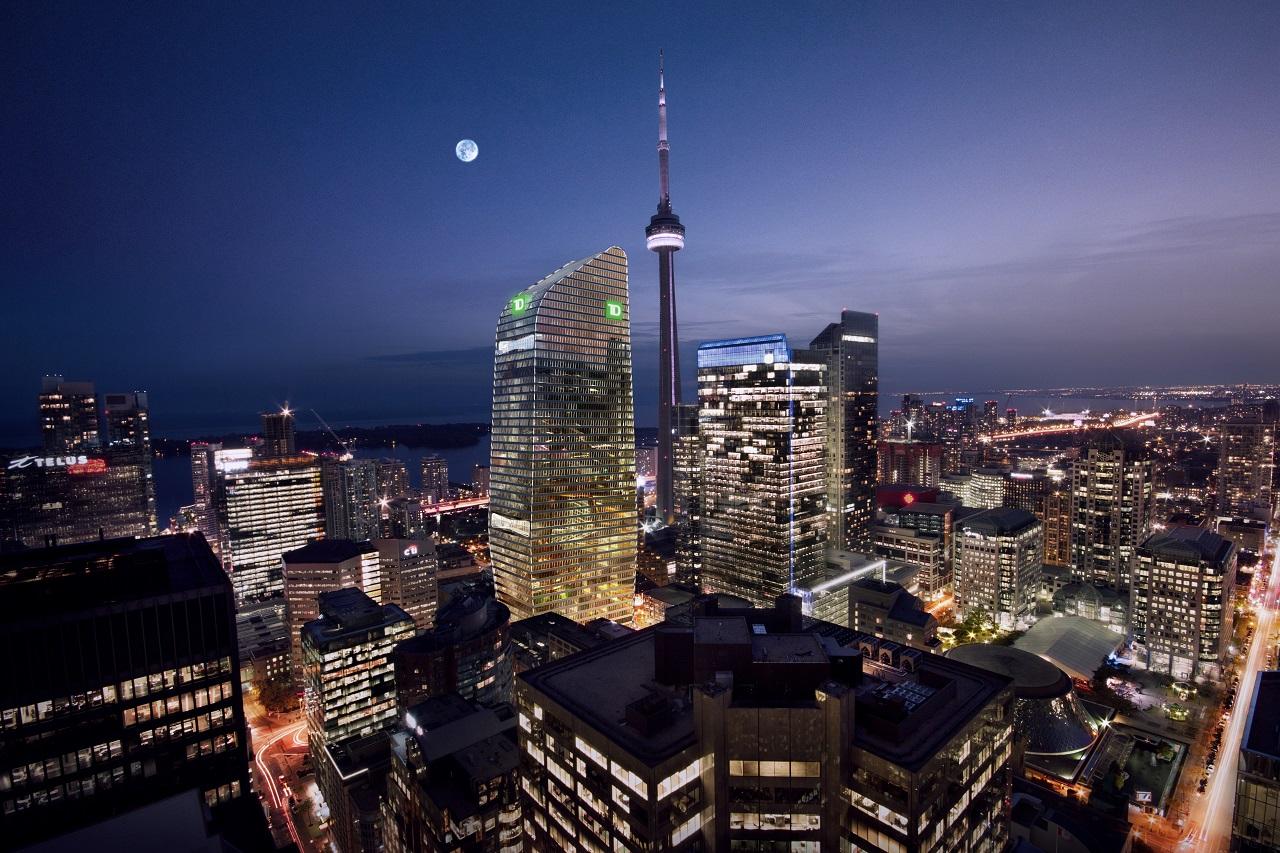