Six months since we last checked in on the Downtown Toronto construction site for Yonge & Rich Condominiums, the 46-storey condo tower by developer Great Gulf is heading towards completion east of the Yonge and Richmond streets intersection the project is cheekily named for. Designed by architectsAlliance and Graziani + Corazza Architects, the building’s exterior is now largely in place, as the bulk of construction activity has shifted to the interior in preparation for the coming wave of occupancies. 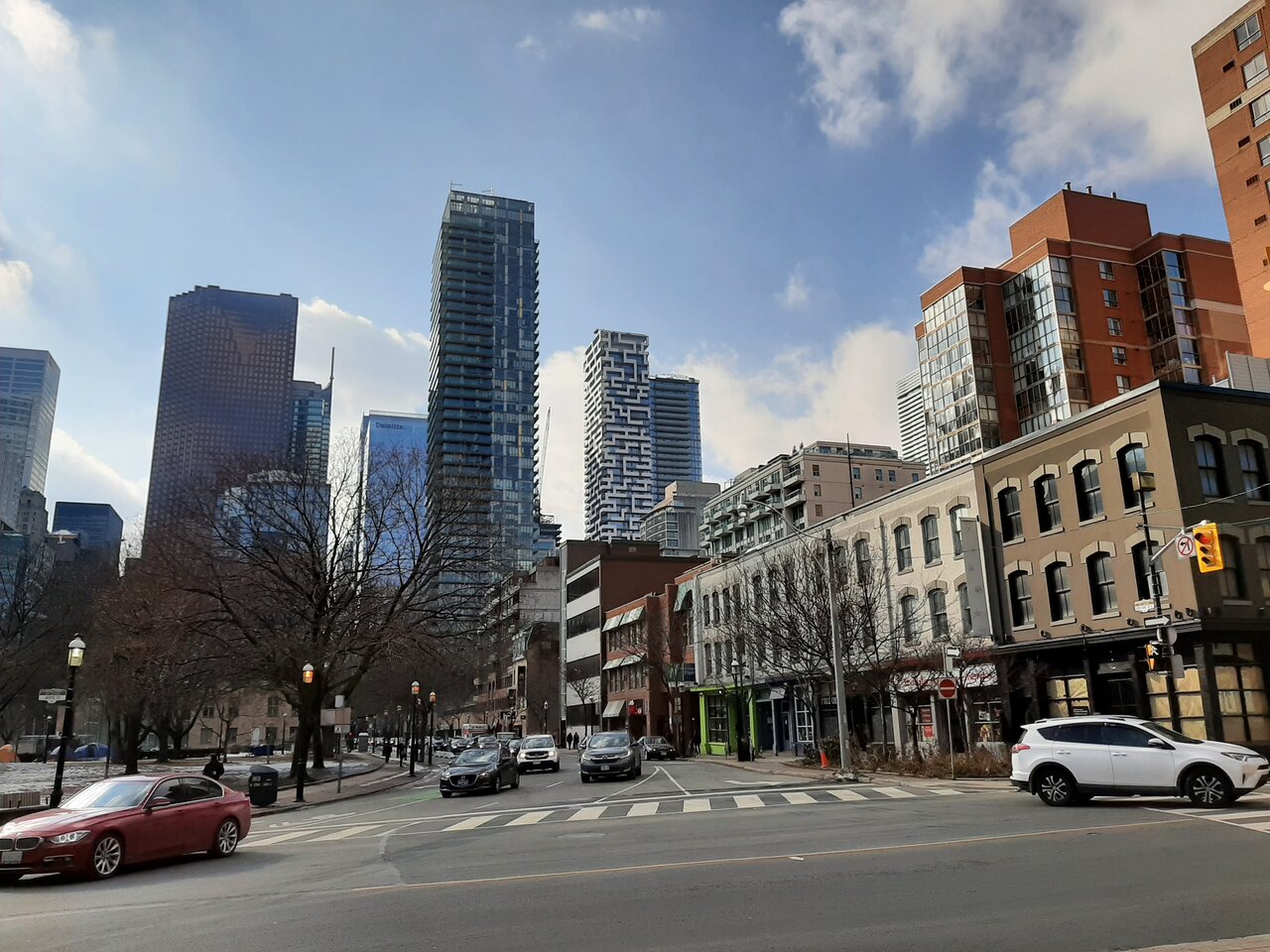 At the time of our last update at the end of August, the project’s conjoined tower volumes had recently topped out 156 metres in the air, and cladding installation had enclosed large sections of the tower. In the months since, the building’s tower crane has been removed, and significant progress has been made both inside and out. 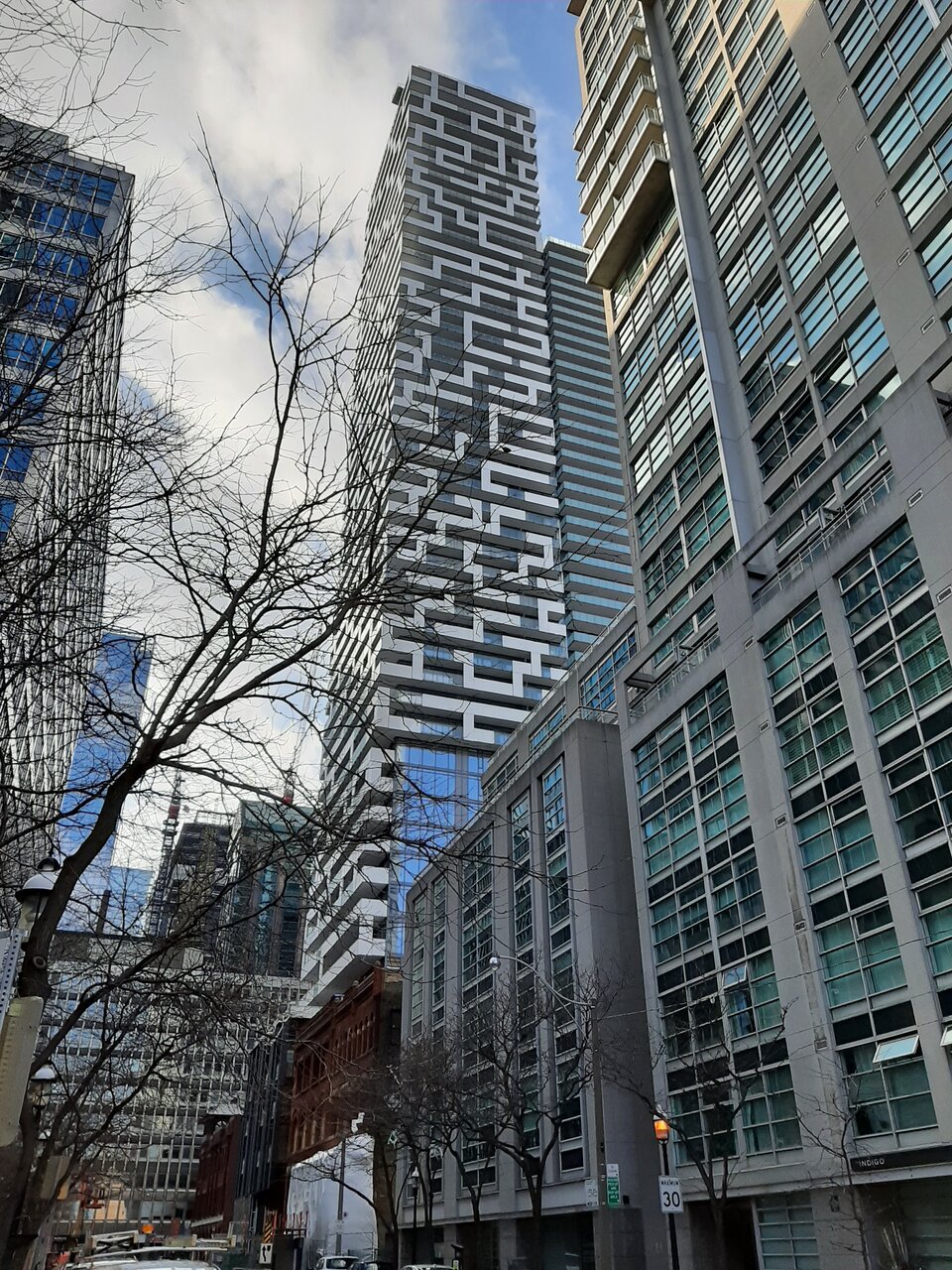 The exterior envelope had enclosed roughly two-thirds of the tower at the time of our last update, as other details making up the exterior expression took shape. Cladding has since enclosed the remaining upper floors of the tower, and the two different volumes’ treatments are now on full display; while the northwest volume has a simpler look with white-tinted wraparound balcony guards, the southeast volume sports a maze-like pattern from a mixture of clear glass balcony guards and perforated aluminum panels with a white powder coat. In behind both treatments is a minimalist window wall with white spandrel panels covering vertical wall sections. 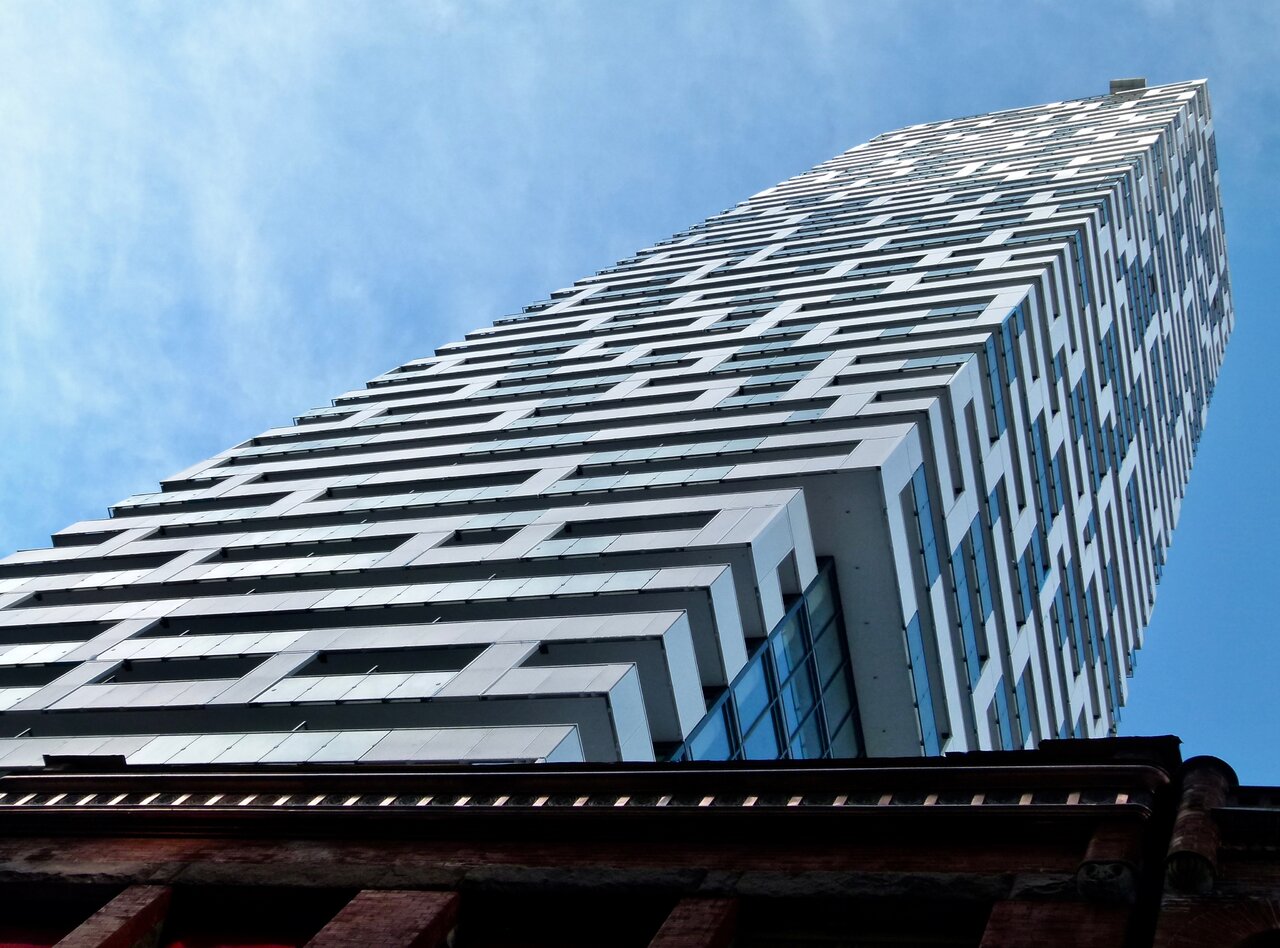 The tower’s notable skyline presence is anchored by a podium in two sections, one facing Richmond Street clad in muted grey precast concrete and glazing, while heritage buildings on Victoria and Lombard streets are being restored. 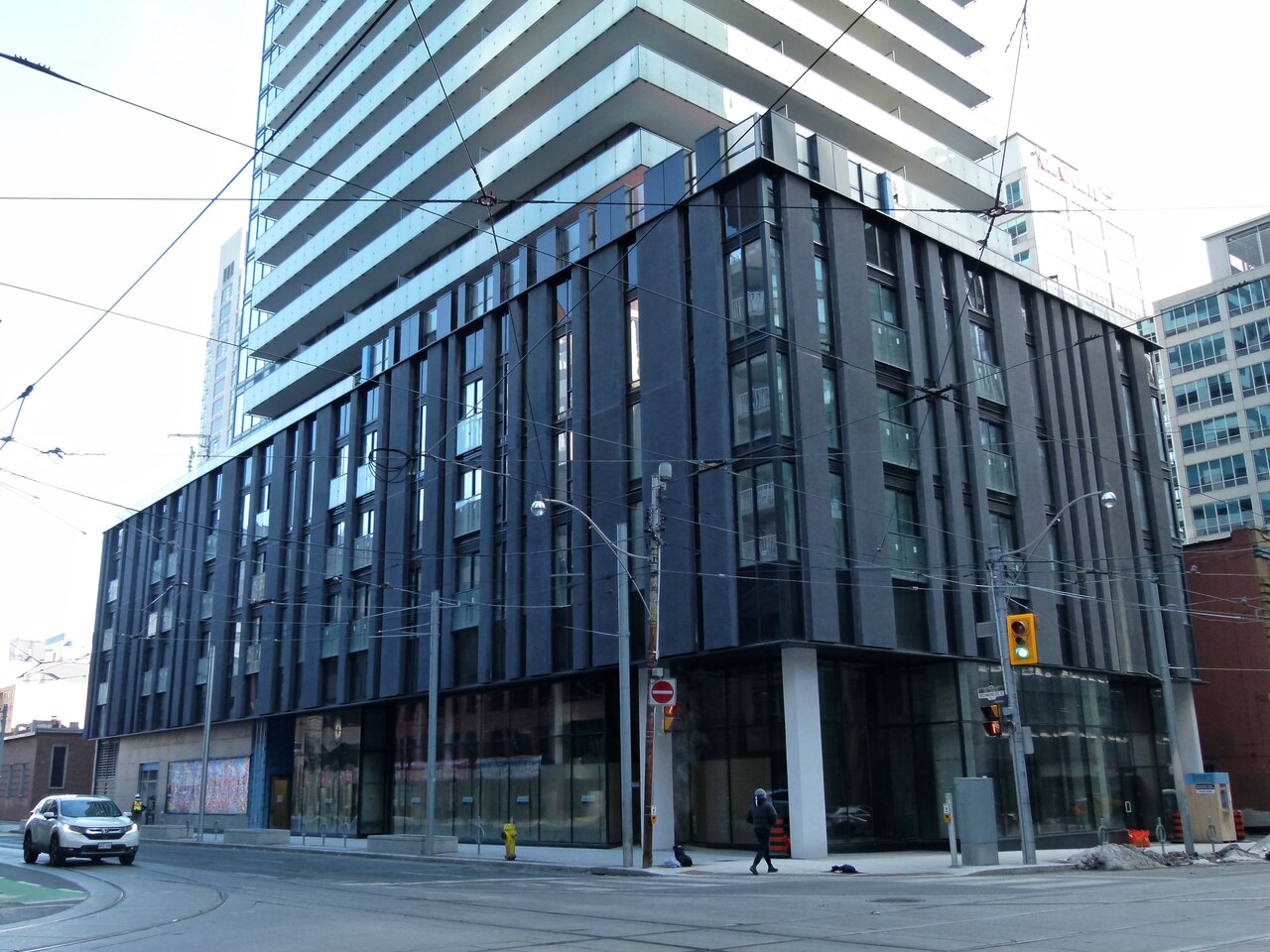 Base of Yonge &amp; Rich, image by Forum contributor skycandy 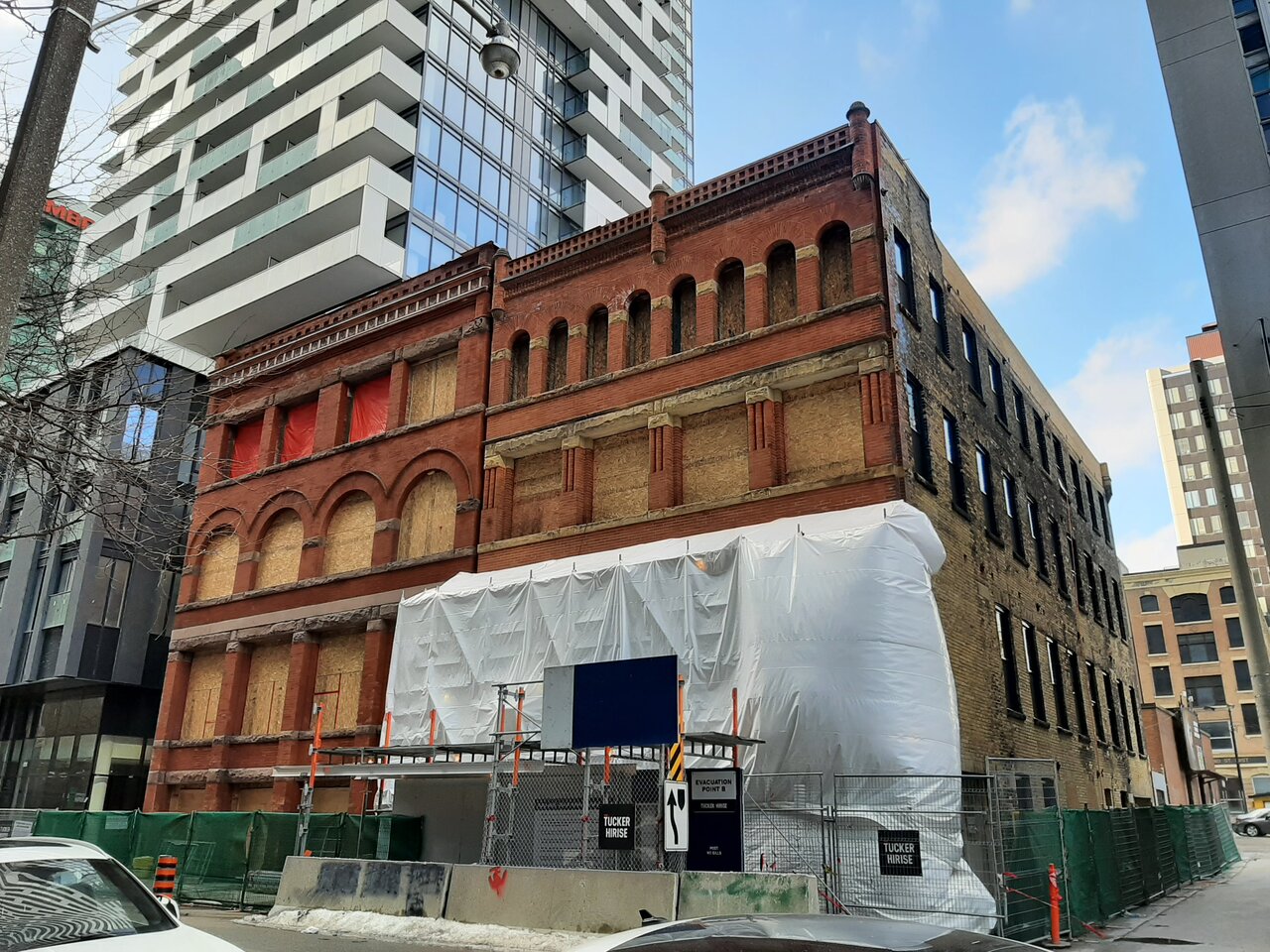 Heritage at base of Yonge &amp; Rich, image by Forum contributor AlbertC

With exterior work largely complete, Yonge & Rich is now heading towards occupancy, a milestone targeted for this summer. Once complete, the building will introduce over 680 new homes to the site. Hoarding has been removed at the base of the northwest tower volume, revealing a colourful art installation along the Richmond Street frontage 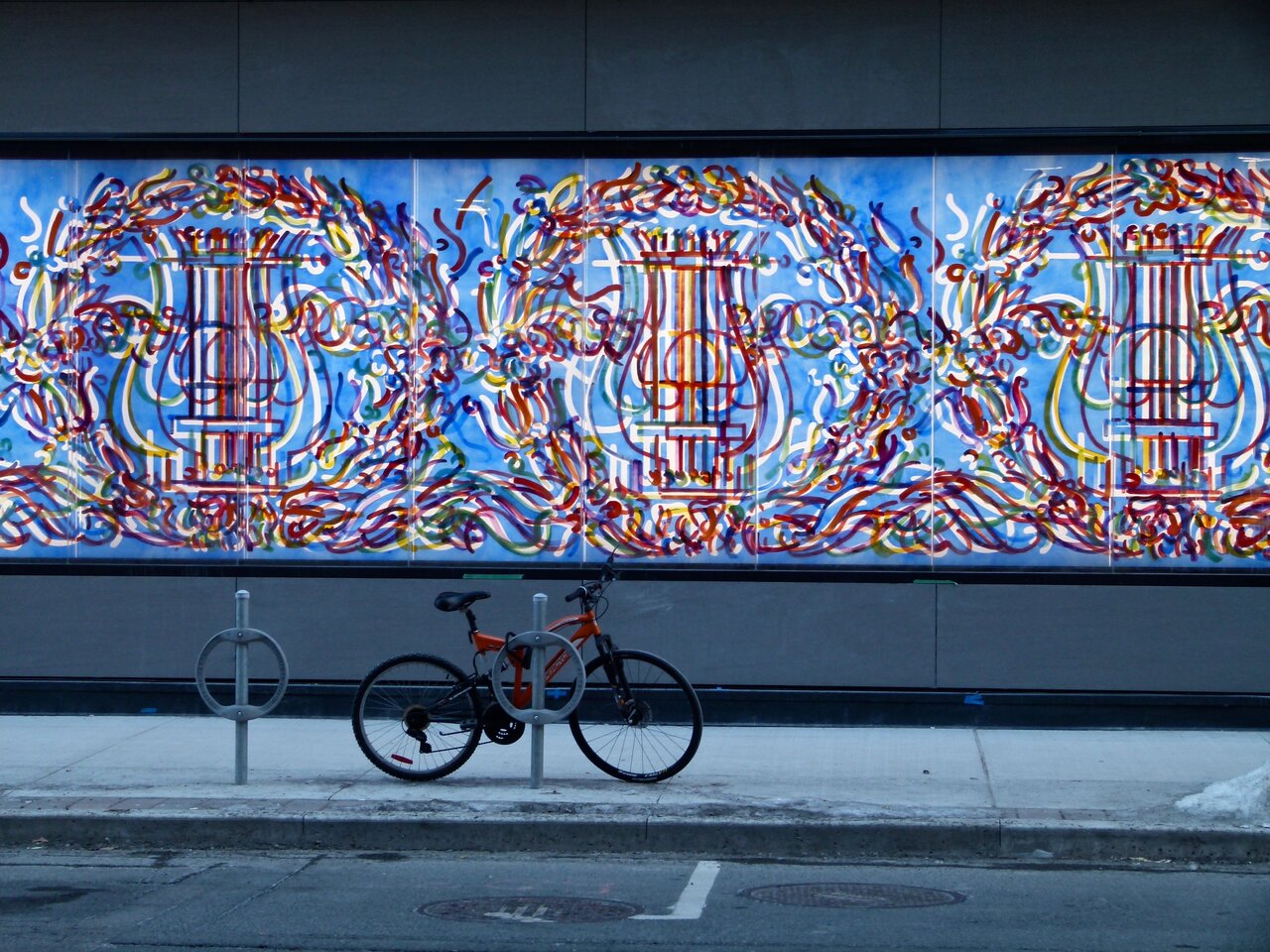 In the meantime, the maze pattern on the southeast volume now stands out on the Toronto skyline. In the view below, captured from Riverdale Park, Yonge & Rich can be made out despite being dwarfed in height by the much taller buildings in the Financial District to its west. 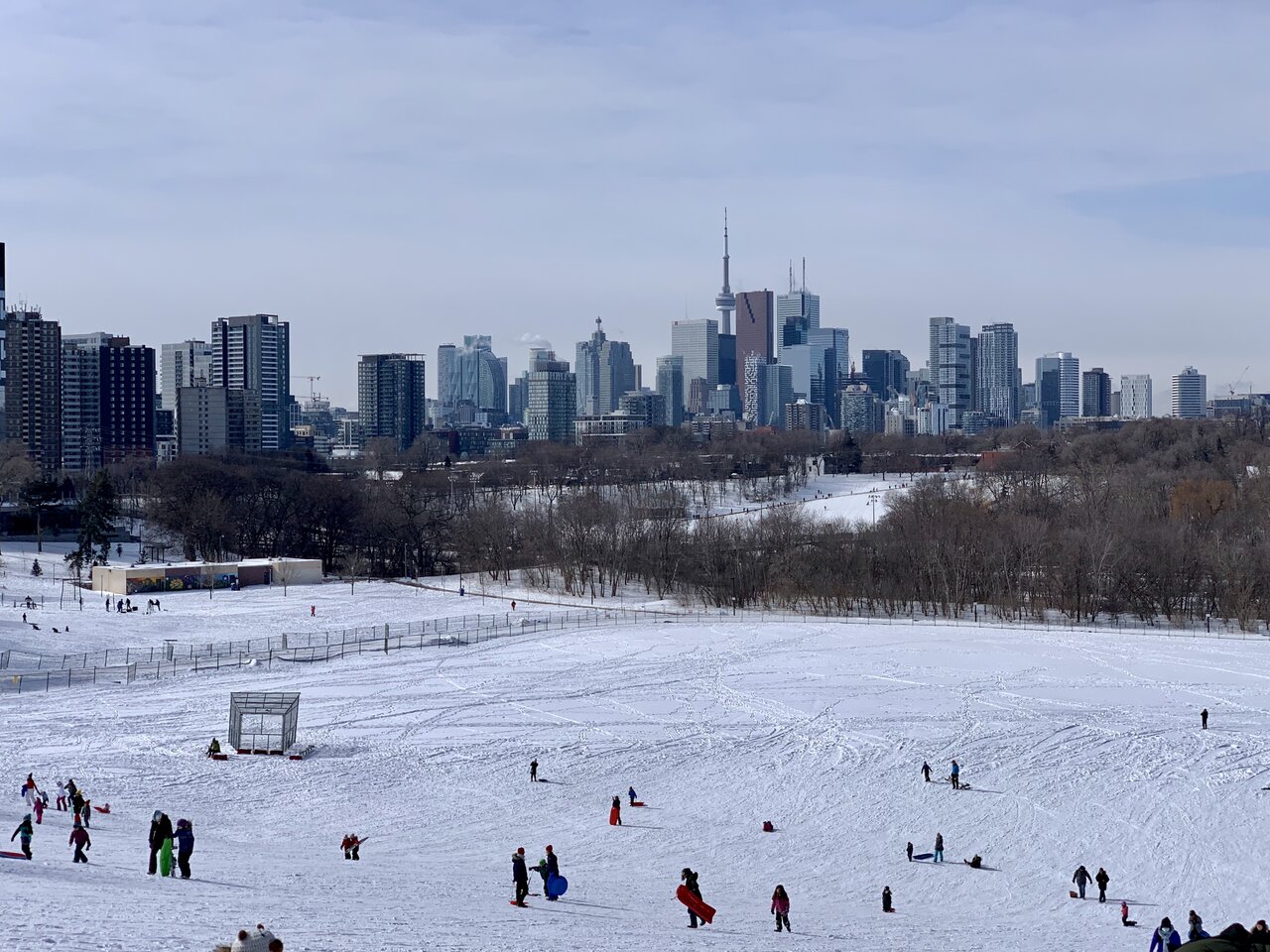