As construction presses on for the initial phases of the Galleria on the Park—known as Galleria 01 & 02—a master-planned community from ELAD Canada, new information is painting a more detailed picture of the next phase in the redevelopment of the Galleria Shopping Centre site at Dupont and Dufferin streets in Toronto’s West End. Announced last year, Galleria III—designed by Hariri Pontarini Architects—will serve as half of the northeastern gateway to the community, to rise 31 storeys on Dupont just west of Dufferin.

Galleria on the Park, image courtesy of ELAD Canada

The ongoing release of marketing material is now offering a much closer look at the project’s contribution to what will be a pedestrian and cyclist-friendly public realm designed by landscape architects Janet Rosenberg & Studio. As part of the community’s gateway, the public realm around Galleria III will create an environment designed to encourage pedestrian activity within. This will act as the first taste for visitors to the neighbourhood, to be marked by a loose network of pedestrian mews and new streets which will be lined with approximately 300,000 ft² of boutiques and shops—more than what previously existed at the Galleria Shopping Centre. Over 59,100 ft² of the retail space is planned for Galleria III itself.

Streetscape at Galleria on the Park, image courtesy of ELAD Canada

Along with the retail-lined mews and streets will be an expanded and renewed eight-acre city park, and a new 95,000 ft² community centre. Below, over the mews south of Galleria III, a timber canopy with flowing undulations—and adorned by string lighting—is shown sheltering patios with outdoor seating and tables. This space will lead pedestrians in towards a central POPS, or Privately-Owned-Publicly accessible Space. 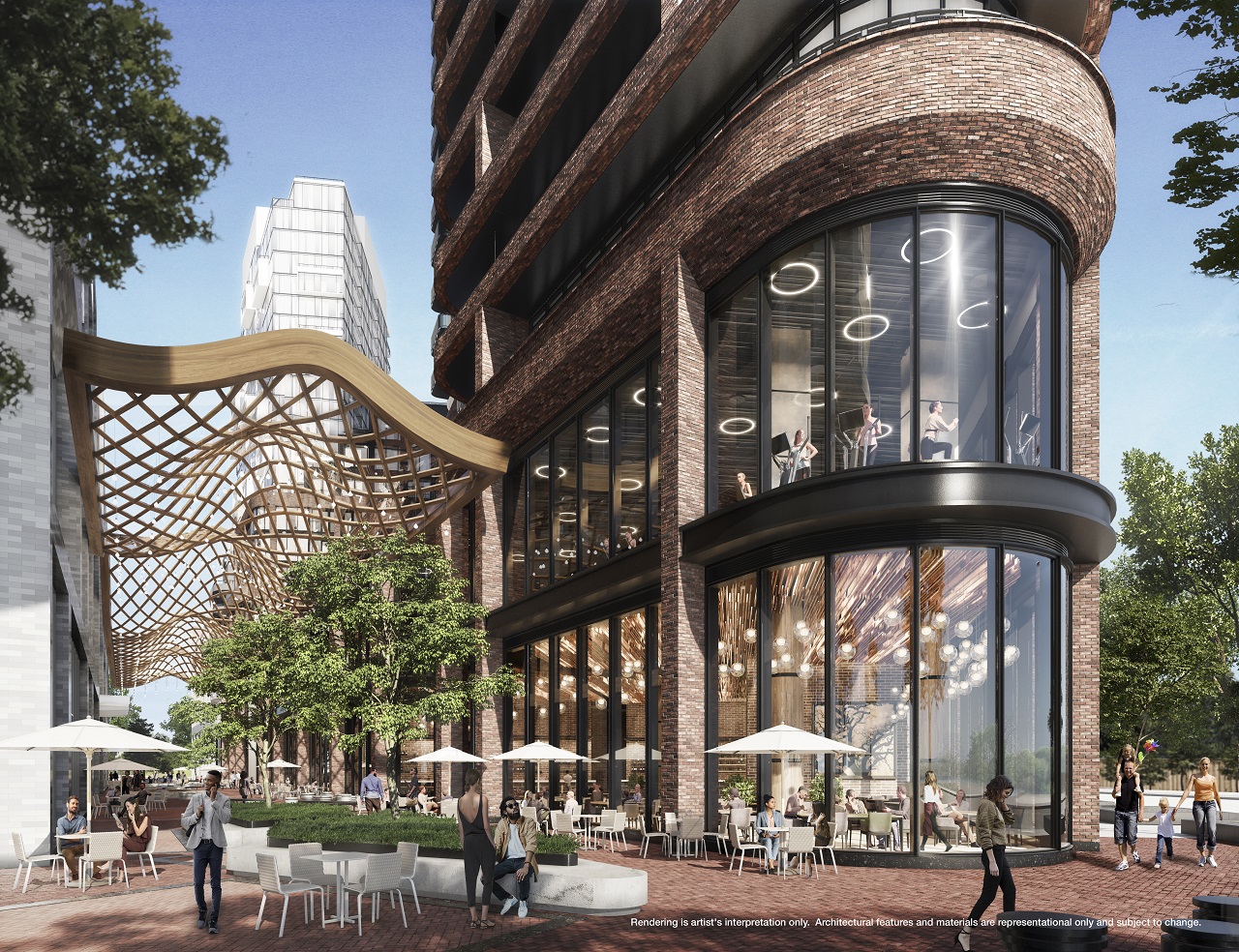 Pedestrian mews at Galleria on the Park, image courtesy of ELAD Canada

The POPS, dubbed Points Plaza, will serve as the heart of the Galleria on the Park development. Framed by masonry-clad curving tower bases, this gathering space is to boast a variety of outdoor furniture, trees, a water feature, and elevated platforms for hosting programmed events and performances. 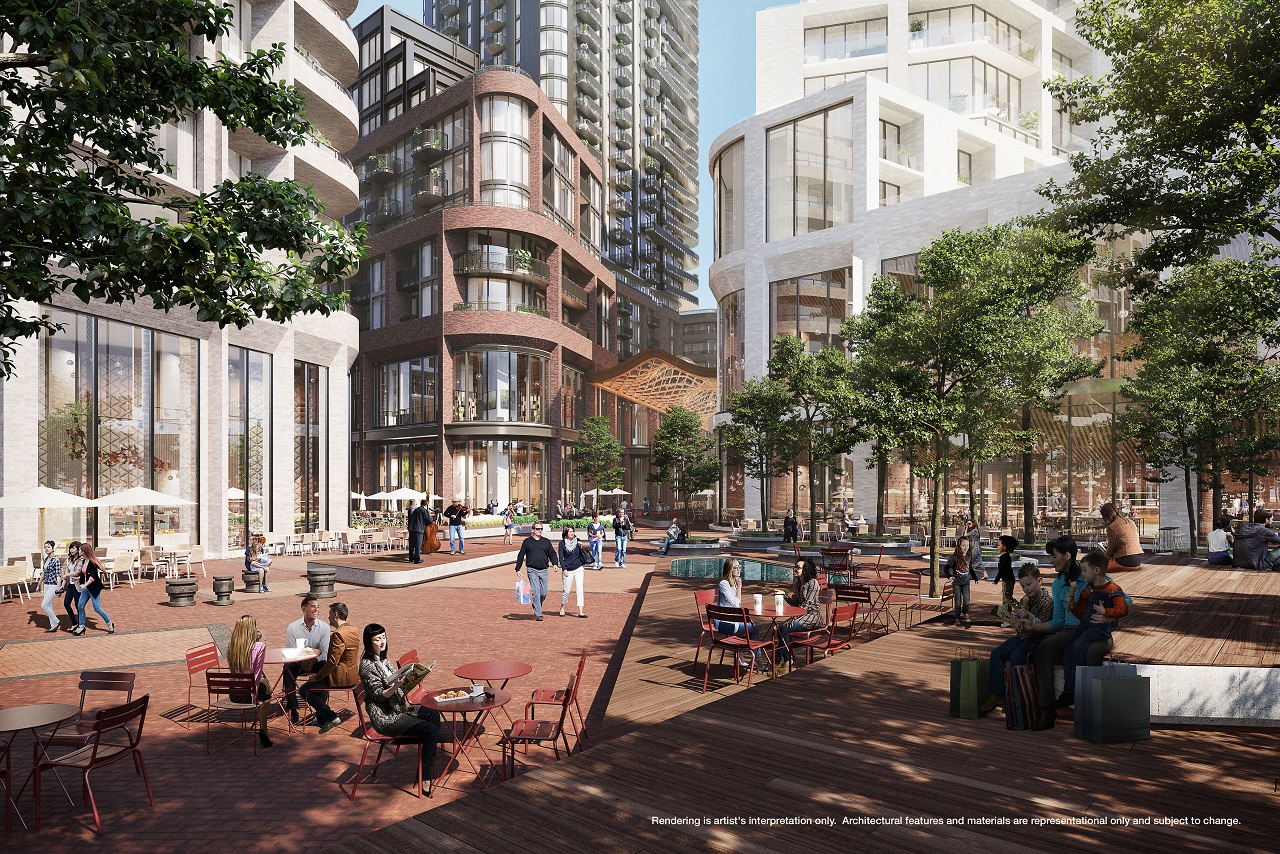 POPS at Galleria on the Park, image courtesy of ELAD Canada

Another focal point of the community is the new 95,000 ft² community centre, which will create a destination for those living both here and in the surrounding neighbourhoods with indoor and outdoor recreational facilities including a skating pad and trail, BMX bike park, multi-use sports court, rooftop running track, swimming pools, a child care centre, playground, and full fitness facilities. 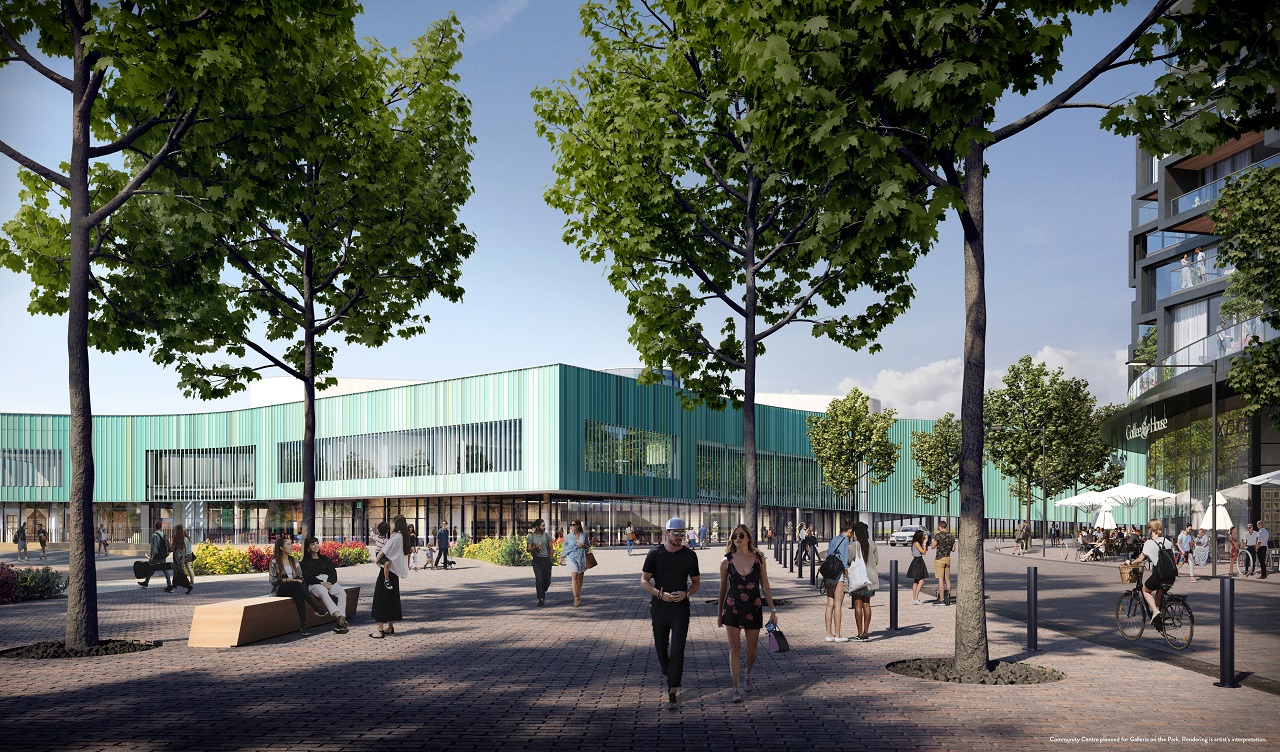 Community centre at Galleria on the Park, image courtesy of ELAD Canada

Helping to bring in even more pedestrian and cycle traffic to what will eventually be a vibrant mixed-use community, the Galleria masterplan includes a new cycling loop within the park, to serve as a destination attracting cyclists off of the Bloor Street bike lanes one kilometre to the south. Proximity to major bus and subway lines will further boost the lively pedestrian presence expected to materialize at the Galleria on the Park community. 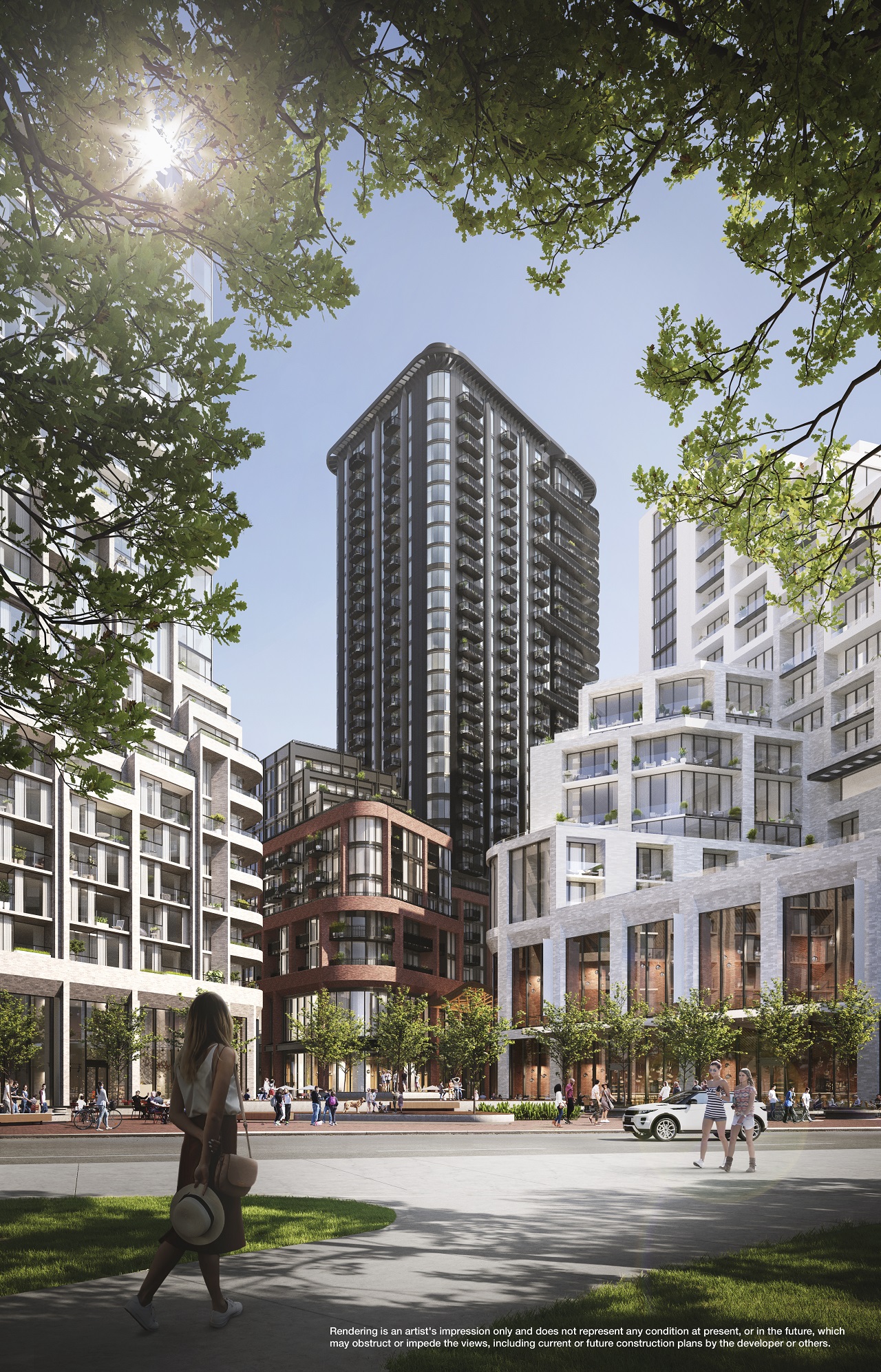 Additional information and images can be found in our Database files for the projects mentioned, linked below. Want to get involved in the discussion? Check out the associated Forum thread, or leave a comment in the space provided on this page.